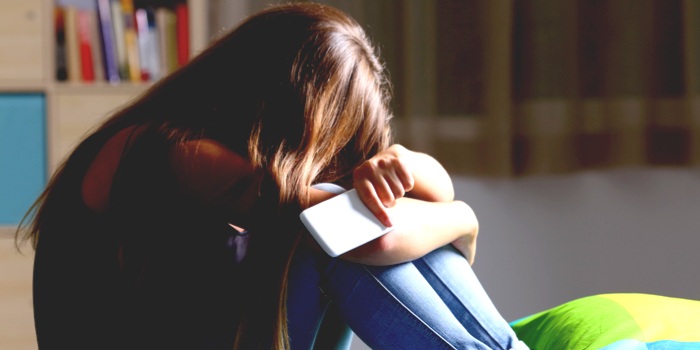 How to Stop Cyber/Online Bullying

Cyberbullying refers to the use of electronic communications such as emails, social media posts, and text etc. to insult, humiliate or threaten a person. Cyberbullying is categorized as a crime in many countries due to the fact that it leads to dire consequences.

In fact, the impact that cyberbullying has on a person is believed to be identical to that of bullying in the real world. For instance, many victims of cyberbullying have gone on to hurt themselves and even commit suicide.

So, it is our duty to make sure that we do not encourage cyberbullying, whether it is aimed at us or someone else. To do so requires us to first recognize the signs of cyberbullying. Then, we must follow a prescribed course of action to put an end to it.

Here are a few ways in which we can combat cyber-bullying.

In general, online bullying involves the harassment of one person by the bully via digital communication channels such as social media, text messages, or email. However, we must first define what harassment is to differentiate between bullying and harmless teasing.

Typically, cyber-bullying entails hateful or threatening messages. This includes attempts to control another person’s behavior by threatening to expose their secrets or use violence.

Cyberbullying also entails the repeated sending of messages that are unwanted. This is categorized as harassment even when the content isn’t threatening. As long as the offender is persistent enough to cause frustration, he/she is guilty of online bullying.

Even lying about someone to ruin their reputation or hurt them is considered as cyberbullying.

When you are bullied, the biggest mistake you can make is to respond to the bully’s taunts or threats. This is exactly what they expect. The best course of action, at first, is to ignore. Most bullies tend to stop when there is no response from the target.

On the other hand, if you choose to retaliate or respond, you will only end up empowering the bully and creating a vicious cycle.

Evidence is very necessary if you intend to take the matter to the authorities. So, make sure you save every threatening message or insult. It doesn’t matter how minor the insult or threat might seem. Keep a record because you may need it in the future when things escalate beyond limits.

Talk to a Trusted Person

Talk to someone you can trust about the bullying. If you’re a youngster, talk to your parents about the issue. They will choose the right course of action to deal with the issue. You can also choose to make an anonymous report at your place of work or study if you are too nervous to do it in person.

In line with the first rule, block the bully immediately. Don’t give them attention because that’s exactly what they are looking for. There are many ways to do this. For instance, if it’s social media, you can report the person or block them.

There are also various privacy settings you can choose from. A cursory research should be enough to figure this out.

Stop sharing information that can be used against you. This could include anything from images to videos. Make sure everything is password protected. Never let anything fall into the hands of people you can’t trust a 100%. Make sure that personal devices such as hard disks, laptops, and mobile phone are with you at all times.

Research has shown that sometimes bullying can be invited. So, make sure you treat others with the same respect that you expect. Avoid gossiping and spreading rumors. By doing so, you are, in fact, engaging in indirect bullying, which can cause you to become a victim of bullying yourself.

Lastly, if you see someone being bullied, do the right thing and report the bully. Stand up for those who may not have the courage or willpower to do so.