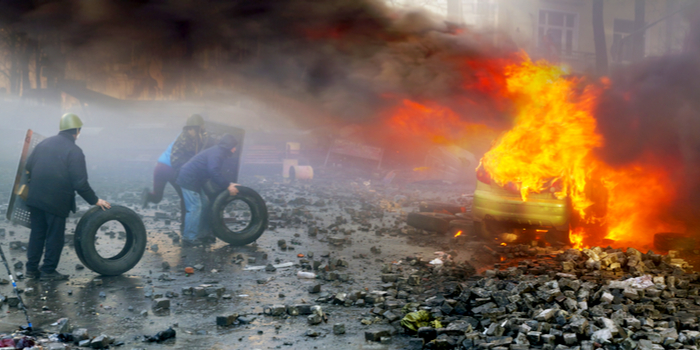 The Most Dangerous Cities in the United States

According to FBI statistics, crime rates in the US have dropped significantly in the last 2 decades or so. For instance, the average violent crime rate in 1997 was estimated to be 611/100,000 people. Today, that number is about 300.

So, it would be safe to say that crime on an overall basis has come down. However, there are a few cities that seem to be lagging behind in bringing down crime. These are cities that continue to have a higher than average crime rate.

If you’re wondering which cities these are, you’ve come to the right place.

The high crime rate has been attributed to a high poverty and unemployment rate. Unemployment here stands at 3.6% while poverty stands at 18.6%.

Chicago’s violent crime rate stands at 1.106/100,000. The city is pretty much the murder capital of the USA with murder rates going up by 50% in 2016. In fact, Chicago has been a hot topic for the current presidency. The crime is so bad here that Trump even suggested the idea of implementing Marshall Law.

Oakland beats Indianapolis with a violent crime rate of 1,425.65/100,000 people. As far as overall rankings go, it is the 8th most violent city and it’s been in that position since the 60s. Robberies are extremely common here, with at least 1 robbery per 91 people.

Kansas City has a violent crime rate of 1,654/100,000 people. Homicide accounts for most of the crimes committed here. In fact, when compared to cities of the same size, Kansas City’s homicide rate is the highest. There are around 23.5 murders/100,000 people. This is higher than the national average of 5/100,000 people.

Baltimore suffers from a violent crime rate of 1,780.44/100,000 people. The crime here is so rampant that an entire TV show called The Wire was scripted around it. As depicted in the TV show, the majority of the crime here is linked to illegal narcotics trafficking and a steady poverty rate. The homicide rates are also on the higher side at 57.8 (2017).

Memphis has a violent crime rate of 1.913/100,000 people, putting it right in the top 5 most violent cities in the country. The city has occupied its position within the top 5 for the past ten years and is considered to be one of most dangerous American cities to live in.

So, what’s causing all this crime? Well, studies narrow it down to the high unemployment rate and the subsequently high poverty rate.

St. Louis is the second most violent city in the United States with a violent crime rate of 1,913.2/100,000 people. The worst part is that the crime rate has been steadily going up for the last two decades. The city is known for having the highest murder rate in all of the US.

The most dangerous city in the US is Detroit, thanks to a violent crime rate of 2,046.52/100,000 people. The most common forms of crime here include assault with a deadly weapon, aggravated assault, murder, non-negligent manslaughter, and murder.

The ironic fact is that the crime rate has actually been coming down in Detroit, despite which, it still remains the most crime-ridden city in the country.

However, there has been an increase in the homicide rates since 2015; about 25% to be specific.

Detroit also ranks as the 42nd most dangerous city with regard to global rankings.